The craziest advice about fashion history you have ever heard

The craziest advice about fashion history you have ever heard

Fashion is not new and it doesn’t belong to this decade or century.  It is one of the oldest and most ancient traces of human civilization. Over the centuries the human race has come up with some of the weirdest and craziest fashion over history. Some of the strangest fashion trends had shocked the whole of mankind. What has been considered as crazy today had an important status then and counted as the significant fashion in that particular era. From that perspective let’s peek into the craziest advice about the fashion history one can have ever heard.

Wear the wax cone at the top of your head to get rid over the body smell. How does it sound to you? Bizarre and crazy… I would say definitely! But in.the fashion history, it is evident and recorded. The Egyptians wore the wax cone as the perfume carrier over the top of their heads to hide the body  odour. These wax cones used to get dissolves slowly over the wig on the head and scented them. With the course of the day, it kept the fragrance alive.

Have you ever heard of male corsets? I am sure now you must be scratching your head and wondering, is it there? Actually, it doesn’t exist now but in the  nineteenth century, male corsets were the reality.  It was there to enhance the upper body of the male. It also used as protective gear to safeguard the  upper body and keep the spine erect. Sometimes it was also useful to protect the solider when they were thrown from the horseback. Although by the end of the nineteenth century they lost their charm and slowly started eroding from the mainstream fashion. By the twentieth century, it was lost as a fashion  piece. Dior in 50’s gave a try to revive it for his ‘New Look’ fashion.

In the late thirteenth century, a prominent notice came into the picture of China, ‘foot binding’. It was a social change that affected the whole visual of the  women foot and became the part of the social status and component of the craziest fashion illustration in history.  Foot binding had a social elite  symbolism then. It used to be a bizarre notion of beauty that badly associated with pain. If the feet of the woman were of three inches then it used to be regarded as a true beauty and perfect bride, titled as the ‘golden lotus’. The foot had been crushed and bound is such a fashion that reduced the length  of the feet and toe and fingers were turned. Feet took the shape and resembled the hooves. This crazy fashion continued till the twentieth century despite the strong protest from the reformist.

Fashion, art and design are so frantically intermingled with human madness that history holds many such insane episodes that can shake you. So be ready to hear such crazy strange fashion advice from the past. 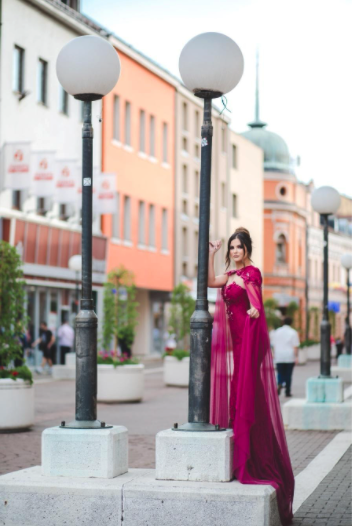 The Ultimate guide to fashion history
Previous Article
Fashion Entrepreneurship: The Next Big Thing
Next Article

© 2022 All Rights Reserved By JD Institute Of Fashion Technology